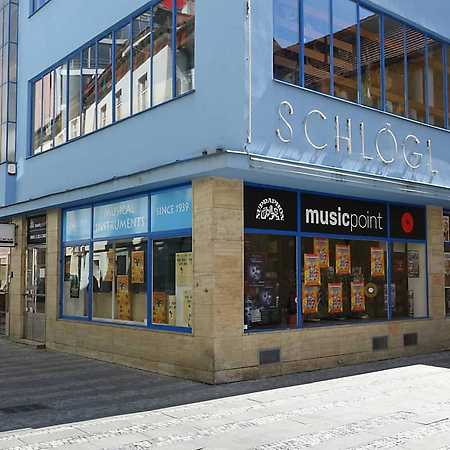 After almost a quarter of a century, will again be the oldest domestic music publishers to sell their recordings on LP, CD and DVD in their own shop on Jungmannova square 17 Prague 1. And it’s in the Blue House, whose Cubist Schlögl is already history. years of the last century, conveniently associated with music – mainly through established outlets for musical instruments. Already this week here Supraphon opened his pop-up Music Store, which after the planned reconstruction of the holiday will do in the fall area full-service shop.

Although the digital distribution of music is the current trend in the music industry, there is still a lot of listeners who prefer to listen to music or spoken word through CD and LP. After the successful launch of the digital service Supraphonline, so the publishing house Supraphon returns to the menu options of the physical carrier in its own representative. This shop is formed after the reconstruction in the music House-17 on Jungmannova Schlögl square in Prague 1. However, before the renovation started, operated by Supraphon in these areas your pop-up MUSIC STORE.

"Supraphon opened his Pop up shop this week with the opening time weekdays from 10 to 19 hours. Will be in operation by the beginning of the holiday season, which will kick off the reconstruction of space for the wall, which should still be open this fall. The current pop-up Music Store Disc is a place where students can complete their collections of selected catalogue titles within the special campaigns for bargains, but there will be even a major news issued by Supraphon in recent times. Extensive is the breadth of artists and genres, including first and foremost the pop and rock, but to an important extent available and titles of classical music and the spoken word, "explains head of marketing Michael Máka Supraphon. – Translated by Automatic service

The Franz Kafka Society of Prague