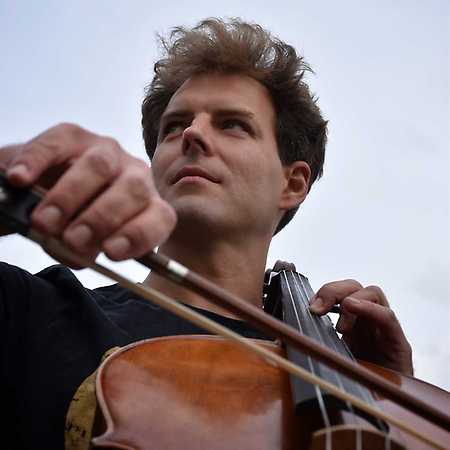 Štěpán Filípek  The Dream About Gabriel

Although the early part of his professional career was dedicated to the interpretation of contemporary music, Štěpán Filípek currently combines many roles as a cellist with the ability to perform musical styles from Baroque to 21st Century. His playing is appreciated primarily for its wide range of colours and emotions.

Since 2007 he’s been a member of Janáček Opera Orchestra of the National Theatre of Brno. He mainly focuses on the interpretation of contemporary classical music. For instance, he performed with Berg Orchestra, BCO or Ensemble Recherche and as a soloist with the Plzeň Philharmonic and the Moravian Philharmonic of Olomouc. He is a cellist in chamber ensembles Miloslav Ištvan Quartett, Solaris3, Trio Opera and Tango Quartetto Re Campo. These days he participates in a long-term project Musical Connections Brno–Philadelphia together with American pianist Katelyn Bouska. He also collaborates with Czech Radio in Brno on documenting the works of Moravian composers for cello and piano.