Steamboat Stompers music group formed in 1968 from several amateur musicians, who were united by common interest in active interpretation of traditional jazz and early on gained fairly wide listener base. Contributed to particularly original approach to the treatment of notorious jazz themes interpreted by New Orleans musicians in the first half of this century and humorous hyperbole exponentiation a unique vocal approach, Anthony "Tony" Brych. Longtime hobby musicians soon found application in the concert band performances in various clubs, especially student clubs. In the short time since its inception, the band has performed at virtually all have jazz festivals held in Czechoslovakia and successfully completed a number of jazz festivals in Europe. She has performed in most European countries and participated dixielandového Festival in San Diego. For a significant number of concerts - more than 120 a year, music became the main activity of most of the band members. 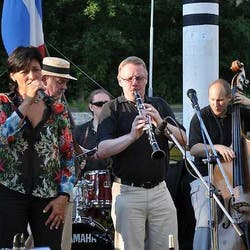 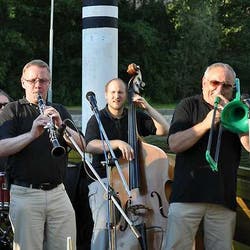 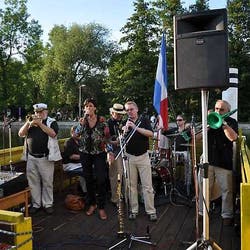