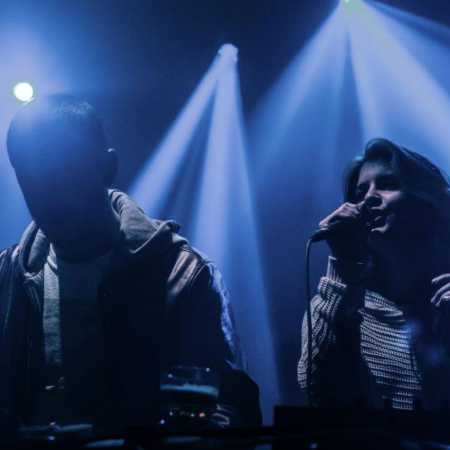 Snow Ghosts  And The World Was Gone

Snow Ghosts is a combination of the two founders of pseudonyms. While Ross Tones performs solo as Throwing Snow, singer Hannah Cartwright was formerly known as Augustus Ghost. Their paths was intersected at the beginning of the Decade, and debuted in the 2011 EPčkem Lost At Sea. The first full-length album and Small Murmuration of 2013 should total close to post-dubstepovému underground and aroused great response. “If you enjoy in the darkness, so you definitely enjoy this plate,” wrote musicOHM and portal Slant described the recording as "melodramatic tragedy, which cannot escape."

Originally a one-off collaboration with multi-instrumentalist Oliver Knowlesem from the project EXE will eventually was born a long-term Alliance and the Snow Ghosts are so last year changed in the trio. It was the second album and Wrecking the current, that is, the more fragile and melodical more atmospheric than the debut. – Translated by Automatic service