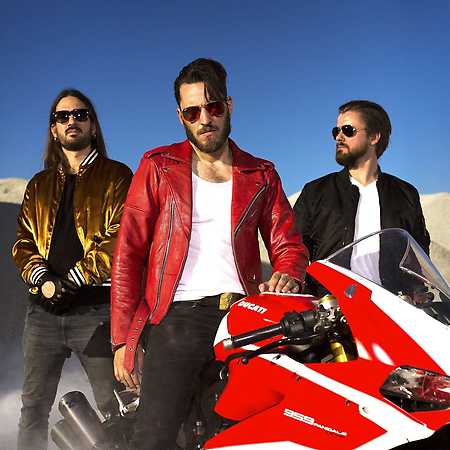 A child singer and multi-instrumentalist, composer Jørgena Munkebyho-Norwegian team of Shining, for fifteen years breaking down musical boundaries, which mixes the progressive technical metal with jazz, avant-guard and experimental sounds. The new album “International Society” Blackjazz ", coming this fall, just two weeks before the Czech stop, no doubt that the five musicians were far from vystudovaných ideas on the dance polyrytmy, chaotically-precise riffs or harrowing saxophone solos. As well as the Venom Black Metal was invented in the 1980s, the Shining may sign under the new genre and Blackjazz-recording from the year 2010, which deservedly has scored in the genre and mainstream charts. Since then issued a prized albums on the field in which they have no opponent. According to the words of the magazine Scratch the Surface: “as if Dillinger Escape Plan or Trent Reznor remixed by Aphex Twin.” Indeed, with the Dillinger Escape Plan, Shining America and passed both on tour of genius, Devine Townsend and Arch Enemy. – Translated by Automatic service