Semyon Bychkov was 20 when he won the Rachmaninoff Conducting Competition. Two years later, having been denied his prize of conducting the Leningrad Philharmonic Orchestra, he left the Soviet Union where, from the age of five, he had been singled out for an extraordinarily privileged education in music. By the time Bychkov returned to St. Petersburg in 1989 as the Philharmonic’s Principal Guest Conductor, he had enjoyed success in the US as Music Director of the Grand Rapids Symphony Orchestra and the Buffalo Philharmonic. His international career, which had begun in France where he made his debuts with the Opera de Lyon and at the Aix-en-Provence Festival, had taken off when a series of high-profile cancellations resulted in invitations to conduct the New York Philharmonic, the Berlin Philharmonic and the Royal Concertgebouw Orchestra. In 1989 he was named Music Director of the Orchestre de Paris; in 1997 Chief Conductor of the WDR Symphony Orchestra Cologne; and, the following year, Chief Conductor of the Dresden Semperoper. 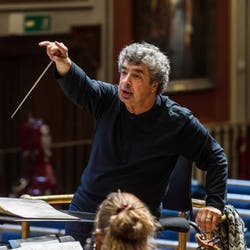 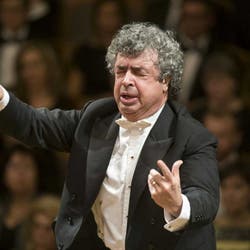 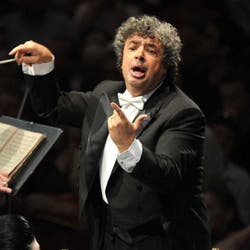