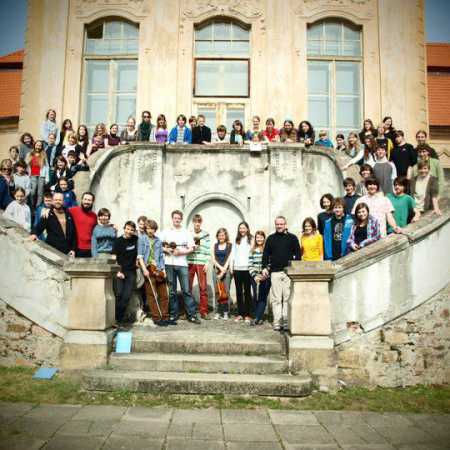 Sborchestr is the name of the ensemble (orchestra and choir) functioning at the Archbishop’s grammar school in Prague. Sborchestr specializes in spiritual, liturgical music of the 16th to 18 century, but also to purely secular instrumental music of the Baroque and Classicism. In 2006, Igor Angelov based choir AG. From the following year the Archbishop gymnasium work and the orchestra made up of students from the music school. The current form of the body was founded in September of 2010. Since then, more professional and dedicated body parts, such as the Gloria by Vivaldi and various instrumental tracks. – Translated by Automatic service