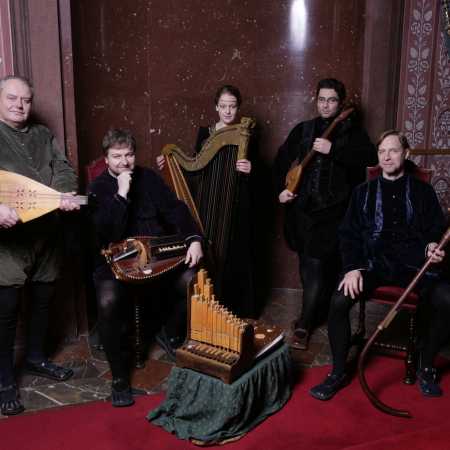 A Czech ensemble which play medieval and Renaissance music. t takes on the tradition of the original Rožmberk Consort, which was actually active between 1552 and 1602 at the castles of Český Krumlov and later on Třeboň in Southern Bohemia. There it added greatly to the luster of powerful aristocratic court of the brothers Vilém and Petr Vok of Rožmberk.

The ensemble has made recordings for several radio stations, such as ORF, WRD, Deutschland Radio Berlin, Radio Nacional de Espaňa, Radio Greece, not to speak of several broadcasts with Czech Radio and Czech Television. It also performed music for several movies.