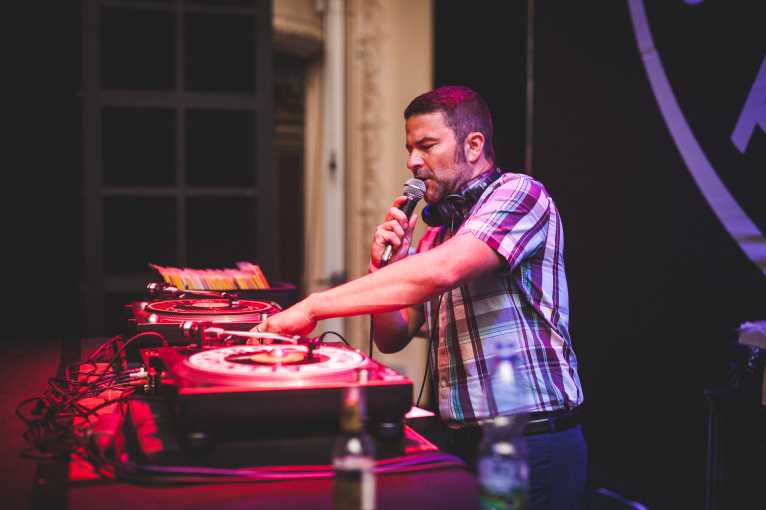 Ian has been Djing for an amazing thirty-two years, resident DJ at the legendary Blow Up Club in London for the last 10 years or so and more recently The Breaking Point nights London and many guest appearances at other clubs and soul events around the UK! You can also hear his LIVE Radio Show on back2backfm.net every Thursday morning at 10.00am (GMT) to 12.00pm (GMT). Ian has an absolutely amazing record collection, so be ready to hear and dance to some monster soul tunes!

Unkle Funk Resident Rhythm & Groove DJ and a vinyl collector for the last 35 years or more, and a regular attendee at The Prague Allnighters. Unkle Funk has always had an uncanny ability to spot a great tune at a reaonable price, sometimes in the most unlikely of places. His origins began with the UK mod scene in the 80’s, buying mod/soul and northern soul records. Over the years he has expanded his collection of original vinyl, whether it be 60’s RnB, soul, funk, latin and, to be honest, anything cool, with the attitude 'if it’s a good tune then play it'! Despite DJing at a number of venues in the east of England over the years, he considers himself very much to be, simply, ‘a record collector’, not a DJ.

Brian Maguire Resident DJ at Rhythm & Groove, vinyl collector for 35 years and event promoter. It all started with the Mod and Northern Soul scenes of the 80’s, going to Allnighter s around the Uk, primarily to dance and pick up a few 45s. Add into the mix the later influences of Acid Jazz and Funk, and there you have it. You will hear some classic northern soul blended with a dash of the funky and the eclectic that wouldn’t be out of place at any Soul music event in the U.K. or Europe. Roll on March 2018!