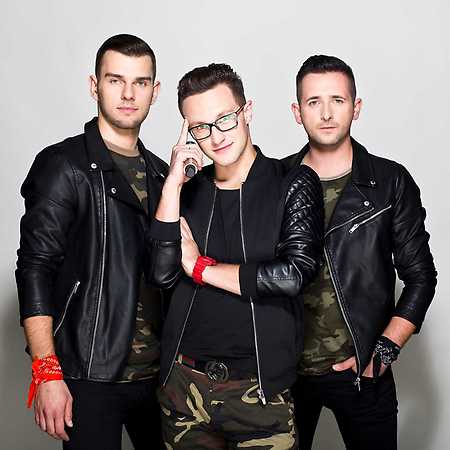 The leader of the Playboys group, as well as the author of music and lyrics, is the founder of the group, Jakub Urbański. In 2013, he came up with the idea of ​​writing the first song “Our Night”, which hit the network and became a hit. Since mid-2014, the group has been extensively performing and appearing at music festivals, including the Festival in Kobylnica. Playboys is the first Polish disco band that performed in Norway, so he recorded his presence in the history of disco polo – before them no one had ever succeeded in it.The best known songs Playboys is “Lejde”, “Our Night”, “I'm entering the dance floor”, “How long I have to wait” - they are very popular in Youtube and not only. The group stands out from other disco polo teams, because it uses live instruments at its concerts. Energy and unique atmosphere are just words that can not describe what is happening at Playboys concerts.