Pink Floyd acoustic duo is newly formed, non-traditional revival of the famous British art-rock band. Unlike other Pink Floyd revivals this group trying to get closer to its most models, but to express the genius and originality of their music in a very non-traditional arrangements and adjustments. Only two acoustic guitars and two vocals using musicians Milan Matousek, who is very experienced and vystudovaným musician and Gregor Martin, guitarist and singer, who is playing with "Floyd" experience, especially due to the influence of other revival. The duo not only focuses on classic songs from Pink Floyd's workshop, but also with individual members, particularly the lesser-known songs whose neglected. 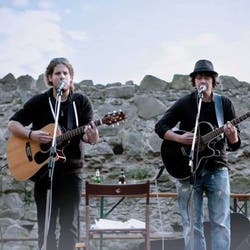 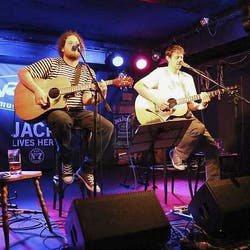