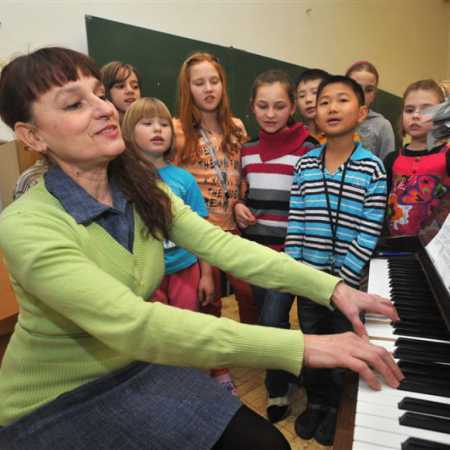 Children’s choir Ray was founded in 1974 for the purposes of interpretation of the show’s new songs, and in the spirit of contemporary popular music. After studying the first year, the children have decided that they will themselves meet and continue their activities. And so the festival Children nota during his thirty years of existence has become something entirely unique not only in the Czech Republic. The file includes in its genre to peak bodies and its quality also appreciated the viewers in Germany, Switzerland, Poland, Bulgaria and the Russian Federation. In the entire history of pioneering Children’s music and later introduced into the lives of over 300 songs that were represented on the concerts, live television performances and music videos and appeared in 30 hymnbooks. A number of grown-up members Ray accommodate music as his vocation and mission. Among former and current members are strong links through songs. File Ray there for their own enjoyment of singing and entertainment for the broad masses of audiences from children to the first born. – Translated by Automatic service