The music they make is based on the interface of jazz and folkloric music, colored by elements of jazz improvisations. PaCoRa Trio was founded at 2004 and consists of three experienced musicians – violinist Stanislav Palúch, cimbalom player Marcel Comendant and double-bass player Róbert Ragan. These three musicians recorded their first album, Pacora Trio, in 2005. Shortly after its release, the album received positive responses (including a 4-star rating in BBC Music Magazine in June 2006). Thereafter, Pacora Trio began performing in some of Europe’s top concert venues for jazz and world music. The trio has also collaborated on various projects with artists of genres outside of world music and jazz. For example, in 2007 the trio was invited by Brno Philharmonic Orchestra to perform their original compositions in orchestral arrangements. Pacora Trio collaborated on the album Nezachoď slunéčko by Jitka Šuranská, which won the Czech Angel Award 2013. Some of the trio members collaborates also with a Czech singer Marta Töpferová and her current project Milokraj, selected for WOMEX 2017 showcase.

The second Pacora Trio album, Fugit Hora, was released in 2012. While the first album is more jazzy with a folkloric sensibility, the second is more firmly rooted in Slovak and Moldavian folk tradition with a gentle touch of jazz. PaCoRa’s musicianship is nothing less than stunning, and Stano Palúch is without doubt one of the most original musical visionaries in Slovakia today. This band, while seeking new challenges, will continue to make moving, virtuosic music for delighted audiences at home and abroad. Pacora Trio was selected to perform at WOMEX 15, Regional stage in Budapest. 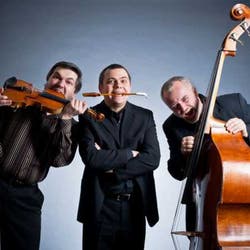 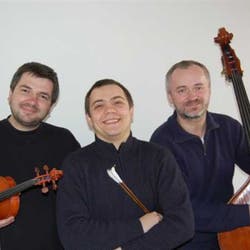 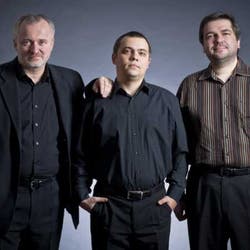