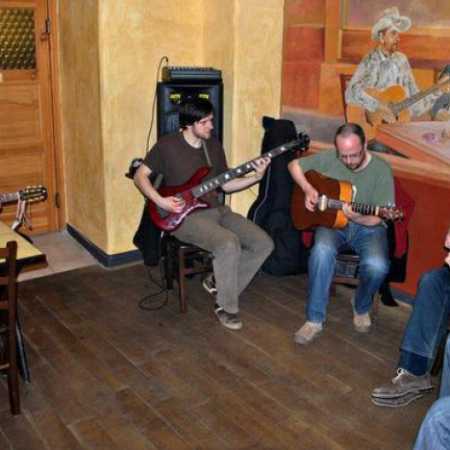 Original Alva Vinariko Orchestra is looser gypsy-jazz group of about 15 enthusiasts more than one generation, from more than one country. Nemuzikantská general public often does not know what it is such a gypsy jazz, though he often downright exotic music enjoy the smell of Paris 30th years, in films such as Sweet villain or Midnight in Paris. – Translated by Automatic service