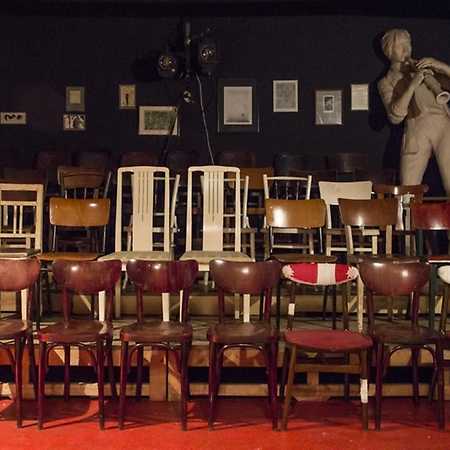 Orpheus theatre exists in various forms and in various areas since the mid-1960s. Visit Orpheus is not only a keen cultural experience, but also relaxation, in which we’ll all sorts of worries and problems, even at the potential headache.

Dramaturgy and theatre Orpheus style best captured the playwright Milan Uhde: _ “… the main character always remains the unmistakable handwriting artistic director and actor Radim Vašinky, under his supervision, said the Director's Orpheus over sixty productions, based on both the original, mostly theatrical Poetics, based on syrovosti of expression and grotesque stylisation of revelatory dramaturgy, which eventually turned into a file in a separate Chamber Theatre. Builds on the glorious era of the so-called. theatres of small forms. /…/His tradition-which include the persecution under the previous regime, performing at the Prague Theatre fairs and 4 season Housing and theatre-art procedures is one of the major theatres not only in Prague but also in the whole country. ” _ – Translated by Automatic service