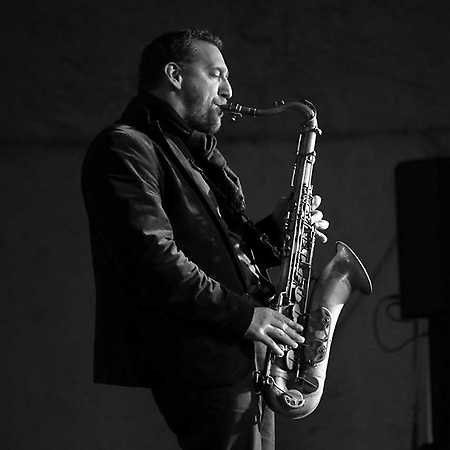 Slavnosti synkop Brno, The Goose on a String Theatre Morgen 17:00

A talented saxophonist Ondrej Štveráček are already a decade the most significant figures of the rising generation of jazz in the Czech Republic. It is tribal player Gustav Brom Orchestra, works regularly with Radovan Tariškou, Ryan Carniauxem and other prominent players moving in the Central region and beyond.

Besides activities sideman, however, diligently develops its own system to play jazz saxophone blindingly inspired by tradition. Coltranův concept called Sheets of Sound seeps Štveráčkovým phrasing and tonal timbre is no doubt inspired by the same source. Ondrej has Štveráček with jazz legend common and perfectly mastered the craft of jazz, surprise him any, even awkward hurried pace to deal with arbitrarily complex harmonies or subway. After all, who could blame anyone, to learn from one of the most prominent figures of the history of jazz? In recent years, however, the play insistently Štveráčkově bursting to the surface of his own musical personality, which benefit both himself and his listeners. The band is currently preparing its own profile, and the album reflects all major jazz destinations in Central Europe. Štveráčkův current view of jazz to help flesh out the true jazz masters of the rising generation.