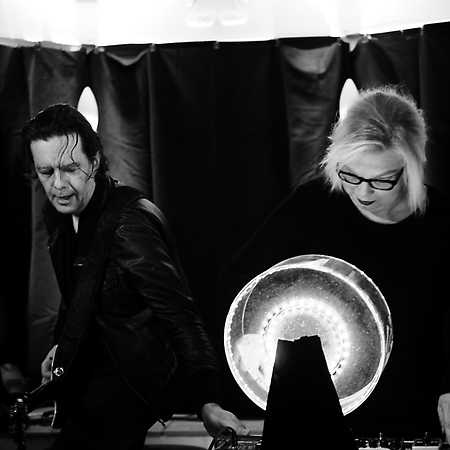 No More is a legendary post-punk band from the German city of Kiel, which came on the scene back in 1980 the single “Too Late” and the famous main release of the following year titled “Suicide Commando”, which is still frequently played on genre-related events . Sound No More can be described as a combination of the late Einstürzende Neubauten and John Foxx morning with Lou Reed, spiced with the use of innovative electronic tools, such as the theremin in combination with guitar and analog-to-digital sounds. Their live performance that makes post-punk/kraut-elektronickou impressive performance.