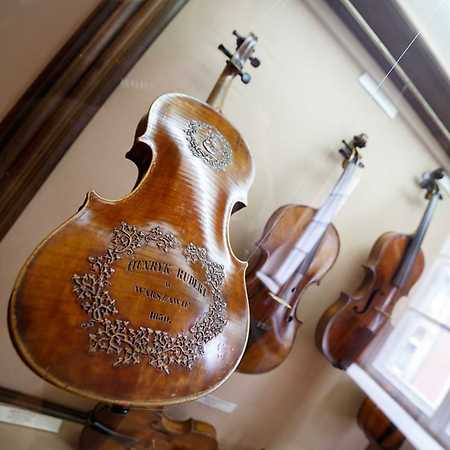 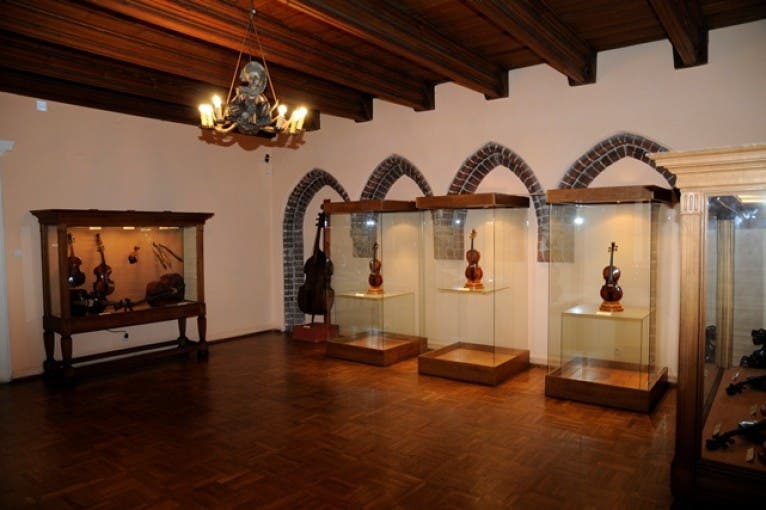 The Museum of Musical Instruments was established in 1945 by Zdizsław Szulc. It is one of the few such museums in Europe, the only in Poland. The collections prides itself on the stringed instruments, especially violins (16th-20th c.), including a violin by Marcin Groblicz and by Dankwart, as well as instruments by Italian masters (Amati, Testore, Guadagnini, Maggini). Among the keyboard instruments there is a pianoforte by A. Walter (Vienna, 1789) and among the aerophones a medieval bronze lituus (13th-15th c.).

The Chopin Salon exhibits the composer’s memorabilia realted to his stay in Wielkopolska, including the grand piano he used during concerts in Antonin (South Wielkopolska). Numerous folk instruments from Poland (a set of bigpipes) and Europe make up a veritable geographic and cultural mosaic. The most valuable instruments from outside Europe come from Tibet (a damaru drum, telescopic trumpets), Nepal, India (zithers, lutes, drums), Australia and both Americas (including pre-Columbian instruments). The holdings comprise also mechanical instruments of the 19th-20th c. (music boxes, barrel organs, pianolas).

The Museum of Armoured Weapons