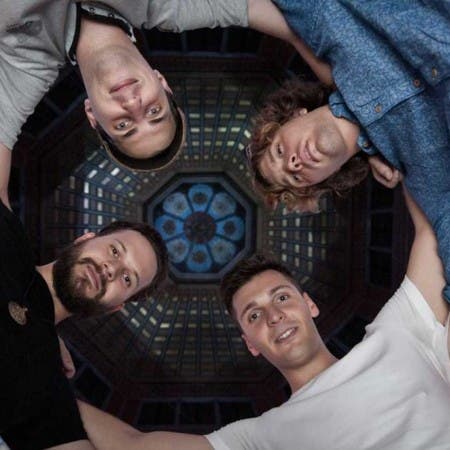 Extreme Pop or Stand-Up Jazz are just two attempts to describe what they present on the stage. Mark Zentai, Gabor Novai, Jason Balint Szeifert and Daniel Ferenc Szabo quickly found themselves in the heart of the underground music scene in Budapest. They played in private apartments, club scenes such as the famous A38 ship and constantly build their fan base, doing what they do best: dissipating imaginary boundaries, creating music with their hearts.