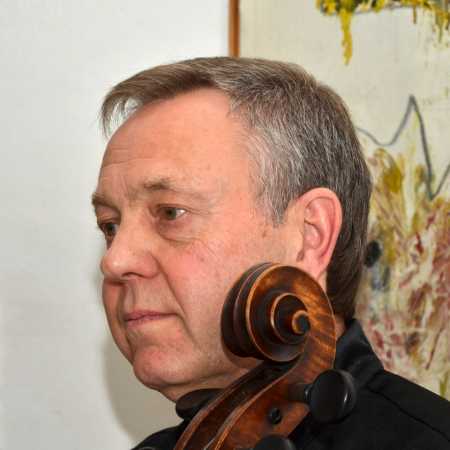 Born in Sweden, since 1972 he has divided his time between the Czech Republic and his homeland. He studied cello in Sweden with Prof. E. Blondal-Bengtson at the music school of Swedish Radio in Edsberg, and subsequently at the Royal Danish Music Conservatory in Copenhagen. Between 1969 and 1972 he studied chamber play at summer interpretation courses in Sweden and Poland, where he met the violinist Josef Vlach. Their friendship eventually led him to Prague, where from 1972 he studied cello with Prof. Josef Chuchro and chamber play with Josef Vlach.

His repertoire encompasses almost the entire cello repertoire, from Vivaldi to Schnittke, from compositions for solo cello through sonatas with piano accompaniment to concertos for cello and other instruments with orchestra. He has made numerous radio and CD recordings with the violinist Jana Vlachová (compositions by Bohuslav Martinů, Artur Honegger and Maurice Ravel), as well as sonatas for cello and piano by Sergei Rakhmaninov and Edgar Grieg, Luigi Boccherini’s sonatas for cello and harpsichord and Martinů’s compositions for cello and piano. His most recent recordings include Alexandre Rudayev’s Concerto for Cello and Strings, which was dedicated to him by the composer.

He has also created arrangements for string ensembles and solo cadences for cello concertos. As a pedagogue he led chamber and solo courses and seminars for several years in Sweden.