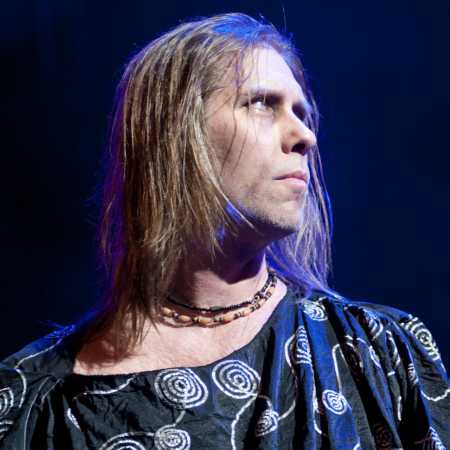 He was born September 25, 1965 at the Prague new town and the study of singing at the Conservatory of Jaroslav Ježek graduated with Prof. Klezla. Since 1980 he has performed with numerous orchestras and dance groups (eg. The Orchestra Of The SLOVAK TELEVISION). From 1988, he was a member of the legendary group sixteen years Brutus, with which he recorded six CDs and movie Indian summer. As a vocalist he participated in a number of projects, such as the Gott, P. Iv, o. Balage, s. Sklovské, j. Vančura and others. He performed in the musicals the foam of days (div. ABC), the President quickly and easily (HDK), Jesus Christ Superstar (div. spiral), Hamlet (Czech and American version, div. Chalice), Excalibur (div. Ta Fantastika). Also participated in the multimedia project Lewron orchestra-Olza in the Czech Tešíně and sang the role of Kenickieho on the CD of the Czech version of Grease. Currently starring in the new processing of Jesus Christ Superstar in the HDK, in performances of Oedipus in Slovakia and Prague is a member of RockOpeře Hair company Prague. Playing rock and roll with your own group Second Band and blues with a band of Motion of the Food. Is the frontman of bluesrockove formation of The Cell and the soloist of the Moondance orchestra Martina Kumžáka (long-term cooperation with the Lighting on the dance show Dance). – Translated by Automatic service