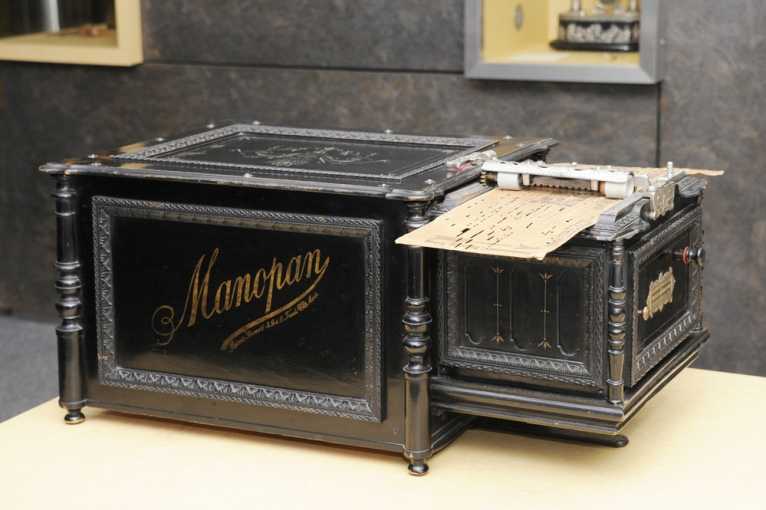 Mechanic music machines- automatophones, barrel organs, orchestrions, pianols and other interesting instruments were used to replay music motives, produce popular melodies in public places and in private and catch people’s attention due to their perfect handcrafted quality. It was possible to realise the idea to play music by use of an exact mechanism only after the horological craft substituted the sand and water-glass by precise clockwork (during the 18th and 19th century). The transmission of music became common as late as in 1930, though. The exposition is a collection of mechanical music machines that are distinct because of their emotive ornamentation, precise horological and artistic carving and delicate mechanical treatment.