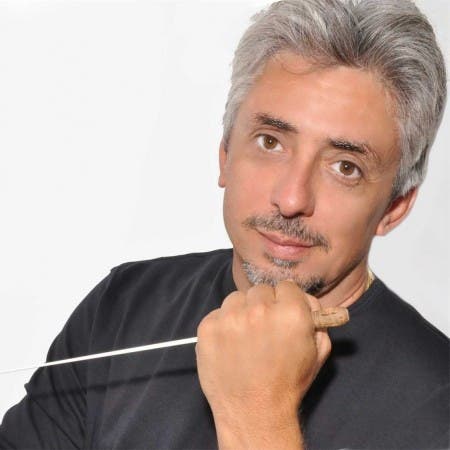 Maurizio Colasanti is an Italian conductor who specializes in contemporary music, more specifically in the opera and classic romantic period. He has worked with such distinguished artists as A.Pay, B.Canino, B.Incagnoli, A. Rosand, C. M. Giulini M. Larrieu, P.Badura Skoda and I Solisti, as well as being featured in national broadcasts by RAI and Radio TRE. In 2012, he was named Artistic Director and Principal Conductor of the OSUEL Symphony Orchestra. In 2013, he won the Giuseppe Dell’Orefice Prize, a fledgling classical music honour established by the Giuseppe Dell’Orefice association and Fara Filiorum Petri Municipality.