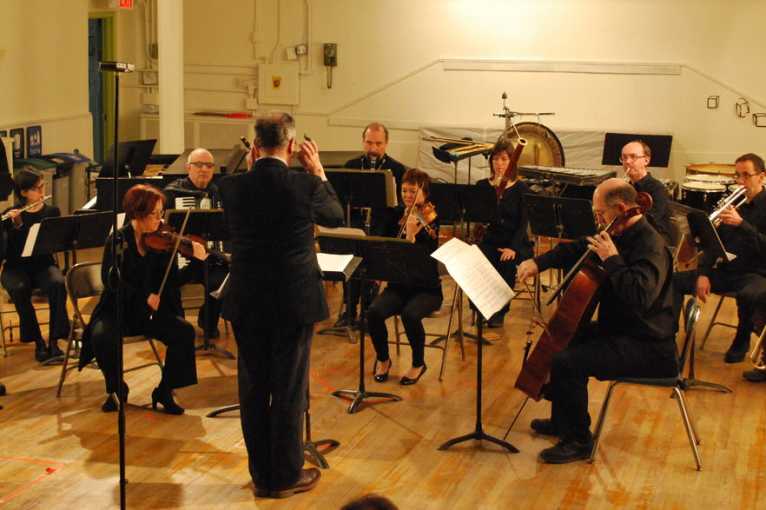 Macle + A Woman Such as Myself

Julius Eastman composed Macle in the last months of 1971 for the S.E.M. Ensemble’s first European tour in January and February of 1972. The piece was written for the four original members of the Ensemble: Jan Williams, Roberto Laneri, Petr Kotik and Eastman himself. Although all of us, except for Julius, were instrumentalists, Macle is an entirely vocal composition and calls for a performance in which everyone sings, talks, screams, whispers etc. The three of us had never performed as vocalists, but I do not recall a single problem in rehearsing and performing the piece. Among some memorable performances of Macle, I distinctly remember one at the Akademie der Kunste in Berlin, running through the large auditorium to the amazement of the audience. I am grateful to Jeffrey Gavett and Chris McIntyre who resurrected this piece out of obscurity, and enabled me to restore the work, as close as I can remember, to its original shape.

A Woman Such as Myself is a chamber opera based on the short story A Girl Like Me written by Xixi, one of the best-known contemporary Chinese writers in the 21st century. The story touches on such soul-searching themes as the vulnerability of love; courage and cowardice; the meaning of work; destiny and choice. These are themes that transcend both time and culture. The protagonist in the story A Girl Like Me is a make-up lady working in a funeral parlour. The story unfolds in a kind of extended monologue. It opens with the protagonist sitting in a café, waiting for her boyfriend called Summer. As she waits, she recalls how she has learnt the craft from her aunt, how her friends have left her out of fear because of her occupation, and how she has come to build a relationship with Summer who mistook her as a make-up lady for brides. The story ends just as Summer steps into the café with a large bouquet. She has promised to take him to her workplace that day. The story is unfolded in a succession of the protagonist’s interior monologue, held loosely together by associative links. A free-flowing structure is adopted by the opera, with a view to reflecting the special character of this narrative mode.