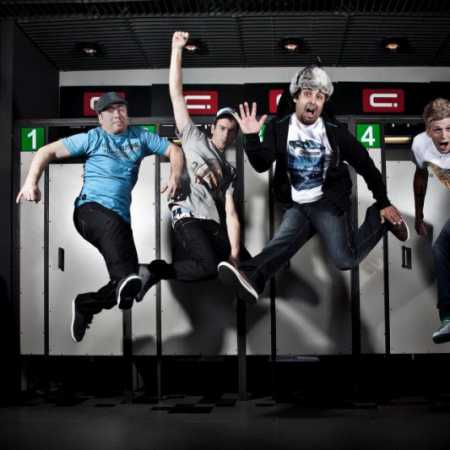 The band Liwid was formed in 2009 and this year has become more than a regional band. The first concerts in Prague and Pilsen. The first summer festivals. The band recorded the first big success and the common autumn tour with a band of UDG in more than 25 cities across the Czech Republic ". Among other achievements in competitions RGM Live Space, Nescafe Coffeebreak, an actual League and other competitions, which the band later taken so seriously. In 2010, issued the first hit “blonde girl from London”, which also appeared in the éterech radio Bonton, Rock radio. Just a year later, in may, the band appeared on the 7 students Majáles celebration throughout the Czech Republic. Participation in the Festival’s prestigious CEZ ENERGY FEST in the framework of MFFKV. In 2012, the band appeared at the festivals Rock for People, Jam Rock, Open air Týnec, Pyrofest. Later, also on the Sázava, Čeřínku and other summer festivals. In the literary papers were even indications between the biggest attractions of the Czech Festival in the Romanian Banat, right next to the greats like Mňága a Žďorp and Divokej Bill. And in 2013, Liwid leaves in May and June as the opening act on a tour with a group of Wild Bill. A total of fifteen open air concerts in the framework of the celebration of fifteen years the bands Divokej Bill + added the 16th Concerto in Westfold. In the same year Liwid also issued their first Studio album, Amelia. Hits such as Amelia, Tabloids, the city of angels appear on radio Rock radio, gamma, Egrensis, RockZone. In the fall of themselves playing the Czech clubs, to introduce his plate with opening Appendex. – Translated by Automatic service