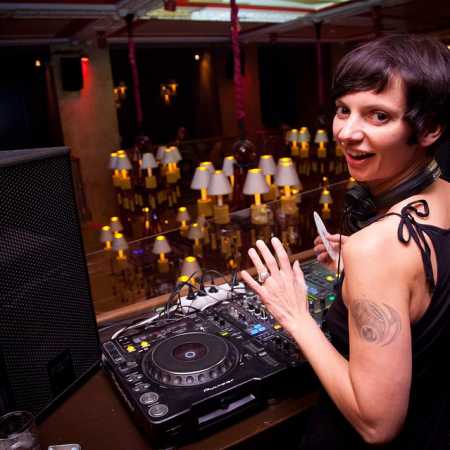 Lillou, Czech born and Prague based DJ, immersed herself in the Czech underground house scene more then 16 years ago.

Short after her first fascination of dance music she moved to London for couple years where she found a big influence in visiting legendary vinyl shops as Swag and Tag. Her enthusiasm and resolution brought her chance to b a part of one of the London underground pirate radio that time, where she had a regular appearance. Not long after her move to Prague she still had a few great opportunity to play in several clubs back in London and Brighton, within healthy uk underground house community next to names like Liz Edwards, Magnus Asberg etc.

Back in Prague, she has first been acknowledged as a part of one of the first big booking agency Eastbase, which meant for her to play in many clubs not only all around of Czech republic, but she was regular guest in clubs of Slovakia, Poland, Croatia and Russia. After her booking was taken over by, that time, one of the best and legendary club in country called Roxy, she had chance to play for audience in clubs in western Europe as well as to regular gigs at Roxy.

Very worth mentioning is her long standing activity in legendary, underground and decadent prague music bar called Zero, where she not only had her residency for many years, but put up nights and brought DJs from different countries and underground fields.

Over all this time Lillou developed a sharp ear, peerless technical skills, an asserted signature, despite continuously evolving music taste and still searching in field of unlimited inspiration from her many genre music passion.

The best way to get to know and enjoy Lillou is to listen to her in her own world behind the decks, in her deep, tech, dirty and melodic groovy sets.