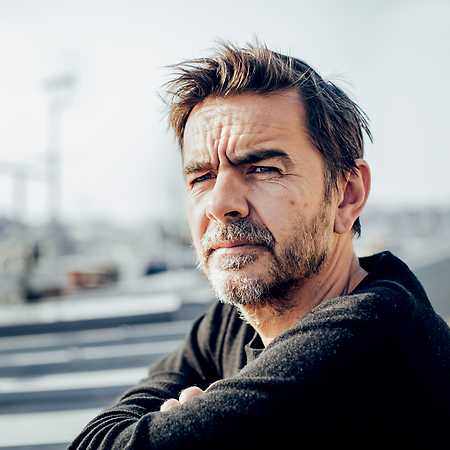 8:21 4 ×
Laurent Garnier  From The Crypt To The Astrofloor

Laurent Garnier, also known as “Choice” or “DJ Pedro”, is a French DJ and producer. Music and its recitation audience Laurent goes back to his teenage years, when the tapes played at school parties and after fleeing war-England impressed him the nascent English Housová scene around the legendary Hacienda club. There was also in 1987 became a resident by the name of DJ Pedro. After his return to France in the early 90th years started in the club Rex regular events Wake Up. Soon, he began to produce as well as by label FNAC released in 1991, his first release French Connection. After the collapse of the label decided to start with buddy Eric Morand their own under the name F Communications, which gave most of his seven studio albums. Under this label released for more than 15 years outside Garnier album and other French producers like Avril, Mr. Oizo or Saint Germain.

It’s hard to judge what makes Laurent Garnier has over two decades one of the most sought after DJs and producers planet. Perhaps it is his ability to move up the sound on or his live performances, during which the club become an exploding volcano of energy, whether as a DJ, live djského member of the group (LBS) or as a frontman. It’s probably a combination of all in connection with huge charisma and ability to always be one step ahead. Once Laurent Garnier will perform on stage, the moment is devoted horde partypeople willing to follow her anywhere artist on his journey into the depths and corners of dance music. – Translated by Automatic service