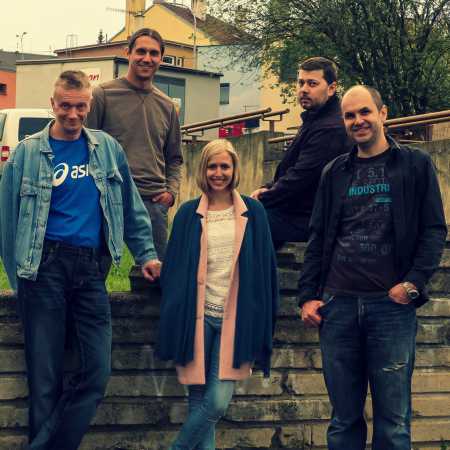 Lady Dragonfly formation of Brno was established mainly due to bass player Jack the armed services in 2009. Already in the first report, vykristalizoval the basic genre called progressive pop band pillar, connecting the influence of progressive rock, 70. years and modern pop music. Efforts to mainstream the concept of distinctive, elaborate arrangements and non-traditional gradients accompanies Lady Dragonfly to the present day, although during its existence, lived through a number of personnel changes. Major was especially the arrival of singer-songwriter Lenka Stehlíkové in 2010, thanks to which the original Jack’s compositions and arrangements with new zpěvovými lines and texts, which was basically completed the creation of the basic material, which is then only to adjust to the new members. This phase represented by the nine songs are also filling the first debut album Human Factory, which the band released in 2013.

After the release of the album, however, leaving most of the members and, ultimately, Lenka, which as the main singer, after months of search was replaced by Martina Krishna Murthy V. With the advent of the second singer Michael Žůrkové the report finally stabilized, and the band started after more than a year on the stages, clubs and open air nfestivalů.

The genres of the transformation of the Lady Dragonfly after the arrival of new members the best presents EP RePlay 2015, containing three recordings of old songs from the album Human factory. The EP is a watershed between the old face of the band and a new creation, which is now diligently working on. Playlist today consists of eleven songs and a few others will soon be done. – Translated by Automatic service