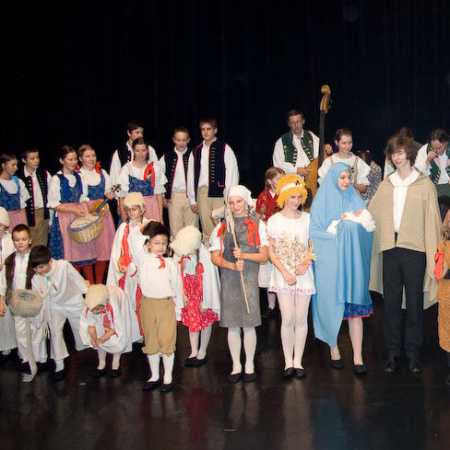 Children’s folklore ensemble Bouquet has been operating since 1994 in Prague – Letňany as the successor of the adult ensemble of the same name. He is currently working with more than sixty children from the smallest five years. Dancers are divided into three groups according to age and ability.

Bouquet has in its repertoire of dance bands, dances and songs from South, Central Bohemia and Chod.

In music under the direction of Milena Kmentová-Pitterova that prepares the most musical adaptations and arrangements, active musicians aged 9-34 years who share an interest in folk music and trying to create the best dancers ‘working environment’. Created several separate thematic zones with which it was presented at the festival in recent years "Meeting of folk music."

During its existence the ensemble made countless appearances. The traditional spring and Christmas concerts for the public and for schools. Group regularly participates in major folk festivals in the Czech Republic and our folk culture represented abroad (Choratvsko, Poland, France). Regularly maintain a lively exchange contacts with Slovak files. For the duration of the file we have already visited four regional festivals in the Slovak Republic. – Translated by Automatic service