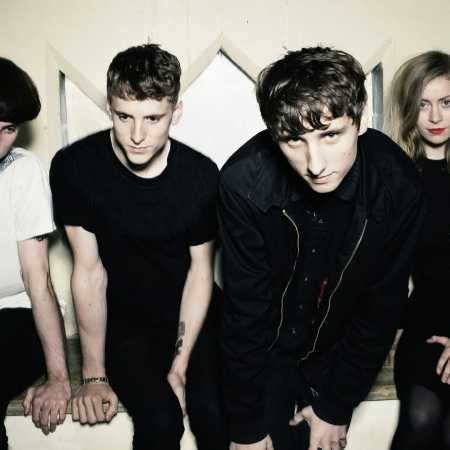 When the These New Puritans in 2006 appeared on the island stage, many had a tendency to classify them among a wide crowd retro guitar bands. Already with the release of the first album Beat Pyramid but it became clear that the Puritans are directed away: energetic whirlwind of exposure from electronic motifs and supported by the voice of Jack Barnett propelled forward speed hip-hop beats. These New Puritans have on debut show their sources of inspiration are really eclectic, from the iconic rap group Wu-Tang Clan to the king IDM Aphex Twin. But the biggest surprise was yet to come. The second album Hidden is These New Puritans said the scene Japanese taiko drums of war or a ten Chamber Orchestra of Prague and the Jack Barnett acknowledged that he had promised penetration dancehall and minimalism of Steve Reich, he’s really serious. So far, the largest genre grand circle but a group that in the past should be opened for Björk, showed up with this album Field of Reeds. The work of the board, whose name refers to the ancient Egyptian mythology, These New Puritans brought in Portuguese singer Elisa Rodrigues and all the guitars and electronic beats exchanged for intimate horns, piano and atmospheric vocals. “Each number has its own sense,” Barnett sings older songs in this thesis Numerology and the Field of Reeds fills in abundance. The board is to mathematically precisely composed by a large extent takes inspiration from classical music, yet intimate and warm. Field of Reeds is one of the best rated this plates at all and These New Puritans are undoubtedly due to her in the best shape for his entire career. – Translated by Automatic service