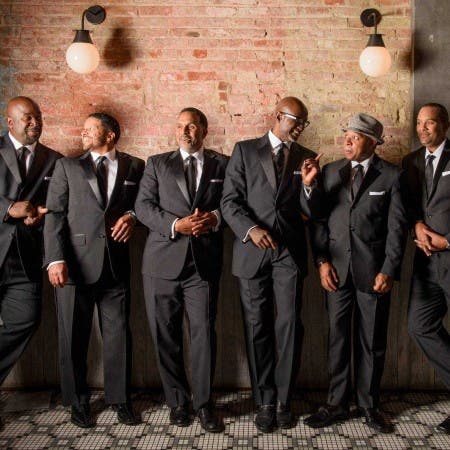 Nezaměnitelní and nezkrotní desetinásobní Grammy winners and Dove Award are the perfect representation of what Duke Ellington nazvýval “Beyond Category”. Take 6 received special awards such as “most frequently nominated vocal group in the history of the Grammy” and their sound is truly unique: six angelic and refined voices of coherent in the crystal clear harmony and rhythm, decorated with synkopických way in combination with funk and groove, which is bubbling up to the boiling point buried in Gospel music, jazz, R&B and the flavors pop. The story of Take 6 started in 1980 to Oakwood College in Huntsville, Alabama. In 1987, the band signed a contract with Warner Brothers, and changed the name to Take 6.