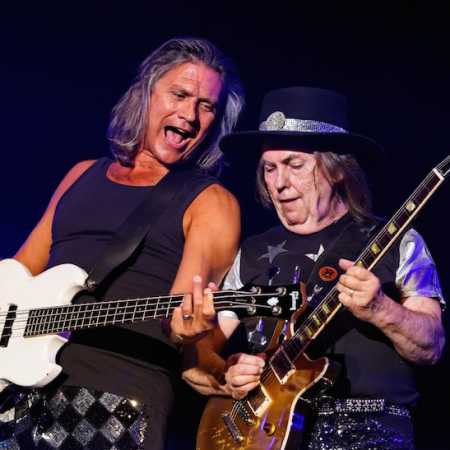 Slade are an English rock band from Wolverhampton. They rose to prominence during the glam rock era in the early 1970s, achieving 17 consecutive top 20 hits and six number ones on the UK Singles Chart. The British Hit Singles & Albums names them as the most successful British group of the 1970s based on sales of singles. They were the first act to have three singles enter the charts at number one; all six of the band’s chart-toppers were penned by Noddy Holder and Jim Lea. As of 2006, total UK sales stand at 6,520,171, and their best-selling single, Merry Xmas Everybody, has sold in excess of one million copies.