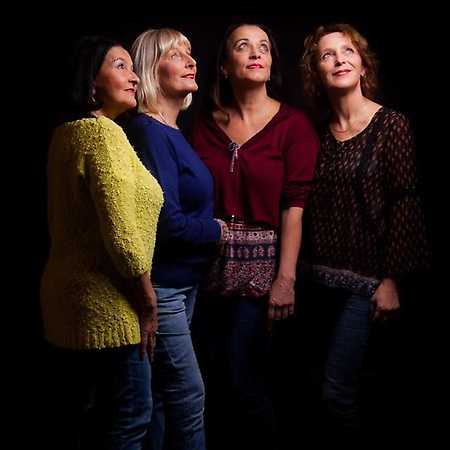 The vocal trio the Havelka sisters was founded in 1985 on the foundations of previous vocal trio in the bosom of the original Prague he Orchestra (OPSO) led by Paul Klikarem stood behind the microphone, where Ziggy Marley and the piano played by Jiří Gilík.

OPSO was successor to the big American orchestras 20. years of the 20th century. At that time in America was also women’s vocal trio – the most famous were the Boswell Sisters, which, unlike the Sisters Havelkových, were blood sisters.

SH for the first time speak out in Malostranska Beseda and, thanks to his enthusiasm, diligence, tolerance, love of good music, endurance and notné luck together remain to this day. The singer is a bit alternated, mostly by departures on maternity leave. The moment came in number four of a nonpregnant, has already refused to leave and started to sing čtyřhlasně! If it is thought to try its own project, and issued the first own CD.

In 1995, the Sisters with Ondřej Havelkou leave the OPSO and become part of the Melody Makers Ondřej Havelka (MM). At the same time, however, continue in their own activities = are basing their appointed band with Jaroslav Šimíčkem – Orchestra headed by Sisters Havelkových (OSH) and issued his second CD.

Followed by a very fruitful period, when SH concerts in the Czech Republic and abroad with his band with MM, are frequent guests on television and radio, record video clips and give the other 3 CD.

Isabel married in 2013 and Jarek Šimíčkovi is leaving the “nurse's station” and SH are continuing on again as a trio: Anna Vávrová, Petra Kohoutová, Olga Stevie B. At present, the file is artistically recognized founding member of Jiří Gilíkem. – Translated by Automatic service