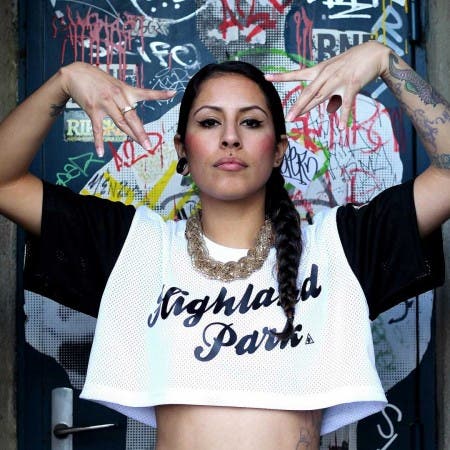 3:12 11 ×
Reverie  Look At All These Rumors Surrounding Me Everyday

Jordan Caceres, also known as Reverie, is a Hip-Hop artist, born and raised in Highland Park, California. She has performed at Paid Dues and has opened for hip-hop artists such as MURS. Reverie has come a long way since she started in 2009 at age 19. She has performed at various schools in Los Angeles, and spoke at a middle school in San Jose about her life struggles of growing up. Her song Give it Time became a middle school’s anthem because of the positive message it brings: “You gotta live life to find your purpose, you gotta work hard and when it comes, you gon’ be be like, I deserve this!”