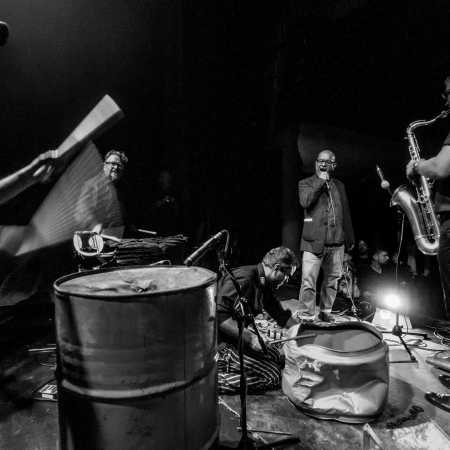 The decision to set up the band Engineer Garin happened after a successful joint performance of New Psychedelic Orchestra and Švëstkövé knëdlïkÿ at a private alternative festival at Golden Watermelon Club on June 29, 1986. The first performance brought an unexpected success – it was held on the occasion of the opening of the exhibition of Vojta, the singer of P.I.G., in the Jazz section. The exhibition had been cancelled shortly thereafter by the regime, and the mention of P.I.G. got into the Czech Voice of America. From the initial inspiration of the Berlin scene, the band has gradually worked on the sound that Robert Wolf of the Viennese Chuzpe characterized as Einstürzende Laibach.