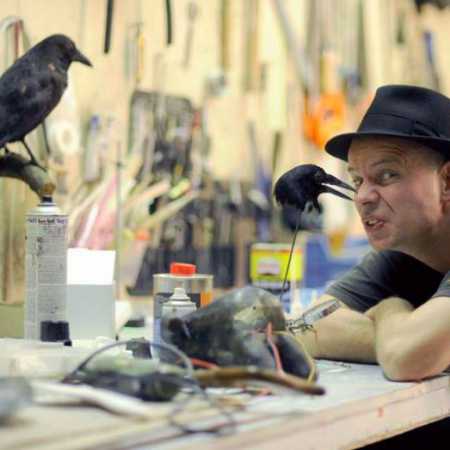 Kintera is a Czech artist. In the years 1992-1999, he studied in the Studio of Milan Knížák Academy of fine arts in Prague, then in the years 2003 – 2004, the Rijksakademie van beeldende kunsten in Amsterdam.

A total of three times, was nominated for the prize of the Jindřich Chalupecký award. Is a member of and leader “of the group” unit. In 2006 created the Visual concept for the eighth annual documentary film festival one world. In 2007 he was the curator of the exhibition, the gross domestic product, realised in the municipal library in Prague.

Part of Kintera’s and Believe it or not! in 2008 the object should be a Do it yourself – Shane’s pole-statue of bags with cement, built next to the plague pillar at the Pardubice Pernštýnském square. However, the construction of the city of the sculptures did not, which Mayor Jaroslav Deml commented: I agree with the opinion that something like this does not belong to the historical core of the town of Pardubice. We are the conservative party, we are a conservative town. Our views are probably a little conservative. Kintera also cooperated on installing Entropa.

In 2011, created in Prague under the Nuselský Bridge Memorial Memento mori dedicated to sebevrahům, in the year 2013, created a monument in Prague again the Bike’s Heaven dedicated to Jan Bouchalovi. – Translated by Automatic service