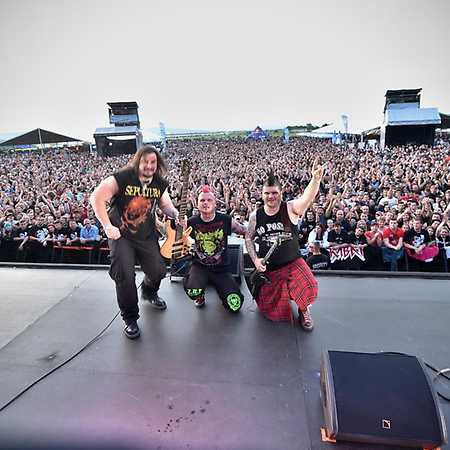 Konflikt  To sme my

Slovak legend Conflict blood pumping not only all the punks who like zahalekají hymnal choruses. Straightforward punk laced with HC, metal and ska played by a band that is no longer any newcomer. While playing for over 20 years, to his credit not enough plates, how much would perhaps have expected, mainly because they are working intensively to playing live. Because they are one of the most concerts of bands, their musical performance on stage is absolutely precise. Vyhranost and certainty with which people flock to their punk writer, can be compared with the ease of Milos Zeman half a liter of brandy. A hold of that love in their texts into politics, as demonstrated by the song “Why” dealing with the division of Czechoslovakia. Since it was a sharp criticism of Vladimir Meciar, the song was banned in the Slovak media. – Translated by Automatic service