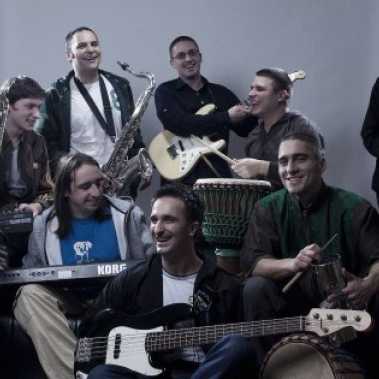 Irie FM brings rediscovered and rejuvenated reggae sound, enriched by the Balkan elements. In the middle of concrete jungle Belgrade appeared on behalf of a group of descendants of Sinai, who took a goal to spread positive energy and help everyone rediscover himself. Ten-member band got together at the beginning of the millennium and worked mainly on the local scene, Irie FM beginnings are tied to traditional Reggae, which added elements “jazzy brass band.” As the band developed its enriched music with elements of dub and soul. – Translated by Automatic service