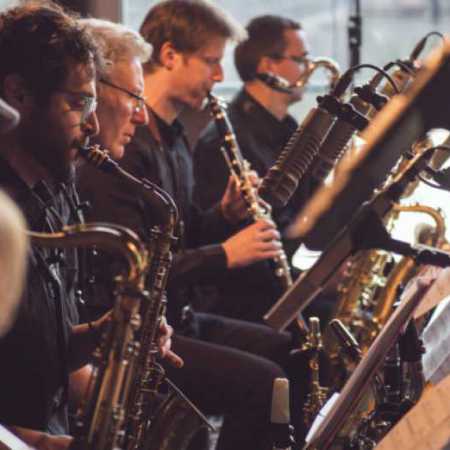 This band, whose musical style is truly unique, is making its way into the current music world where borders between different sub-genres of jazz, as well as those between jazz and other kinds of music, are constantly being crossed. Its remarkable sound was created chiefly by American arranger and composer Ed Partyka. Born in Chicago in 1967, Partyka studied at Northern Illinois University and moved to Germany in 1990. All six of the songs of the CD, including their electronic elements, were composed by German drummer Peter Eisold (b. 1959) and bassist Alois Kott (b. 1950), the founders of nuBox. This occasional trio of musical collaborators established a partnership with the Concept Art Orchestra, which has a changeable international line-up and which already performed and recorded in Prague in 2010. The members of the orchestra mostly belong to the current generation of Czech jazz musicians in their thirties, whose experience with less common approaches to music is already quite rich.