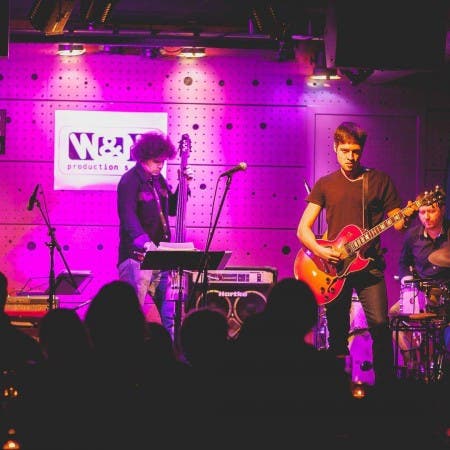 Cirilic is an international band that was founded in Prague in 2013. In October 2013 the band recorded their debut album A Golden Age in the Netherlands. The project is based on the unusual combination of classical music and Russian Romantic music of the 19th century, represented by composers such as Rimsky-Korsakov N., M. Glinka, M. Mussorgsky, and also the creation of guitarist Kirill Yakovleva.