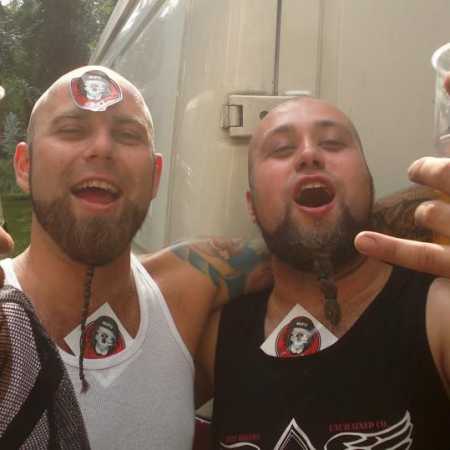 The band Bu-Fu from 2006 to mix your cocktail sharp rap, dense, piercing guitars and pedaling rhythm. or engage any of the other musical styles. In addition to hardcore riffs can be found in their work and playful and melodic passages. A cocktail named Underpub Hip-Core and bears the same name, the first full-length CD, which in December 2008 the band issued their own expense. His credits also having Bu-Fu demo for 3 projects (2006, 2007, 2010). Their base is around Chvaletice power plant in Pardubice, where the different experience from previous bands in the local restaurant equipment four enthusiastic boys decided to fulfill his dream of playing music according to your tastes. In late 2007, the band was DJ CS, revives the creation of electronic elements and adds another voice to rap passages. After his retirement in 2010, the band returned to the roots. At the turn of 2009/2010 leaving bassist Simon, which replaces the corners. In October 2012 left the band one of the founding members Cocesh and replaces it with Pepa. His new creation is now preparing to send to the world at the beginning of 2013, and in three languages ​​- Czech, Russian and English. – Translated by Automatic service