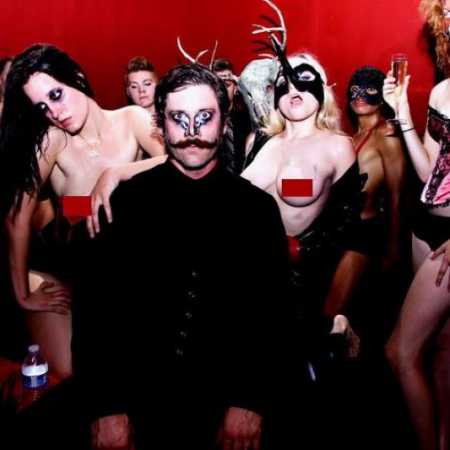 Guitarist Wes Borland will perhaps forever be best known as a member of one of the more predictable, one-dimensional hard rock bands of the late '90s and early 21st century, Limp Bizkit. But upon his second exit from the band, Borland looked for his next project to be more musically varied, quirky, and unpredictable. No stranger to oddball side projects, Borland also sought something a bit more permanent, which led to the formation of Black Light Burns.

While some of the material had been demoed years earlier, it wasn’t until Borland decided that he was going to pull double duty as the band’s lead vocalist – and the enlistment of former Nine Inch Nails member Danny Lohner – that the project came to life. With Lohner supplying bass, Joshua Eustis playing keyboards, and studio vet Josh Freese keeping the beat, Black Light Burns recorded what was to become the group’s debut full-length, 2007’s Cruel Melody.

But with none of the other contributors willing to commit to touring in support of the album, Borland enlisted the aid of a whole new supporting cast for the road – including second guitarist Nick Annis, bassist Sean Fetterman and drummer Marshall Kilpatric. For fans wondering if Borland would truly commit long-term to the band, he has confirmed that a second album was nearly halfway penned right around the release of Cruel Melody. - Greg Prato