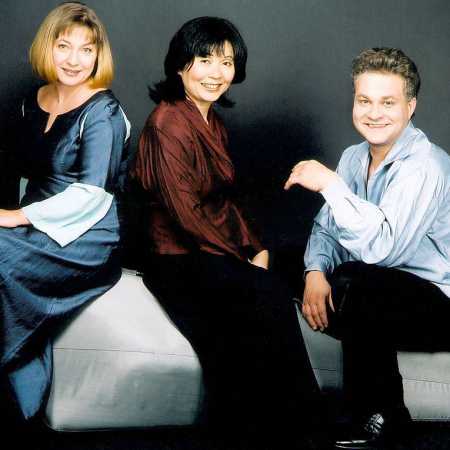 The Kubelík Piano Trio was formed in 1992, in tribute to the famed Czech violinist Jan Kubelík and his son, Rafael Kubelík, the world-famous conductor. The immediate impulse for the ensemble´s emergence was Rafael Kubelík´s return to his native Bohemia, after more than four decades of self-imposed exile. Meeings, both musical and human, with Maestro Kubelík then enriched the young musicians not only on the musical plane, but above all spiritually and personally. His approval with the nascent ensemble´s intention to carry his name was then and has continued to be considered by its members a great challenge as well as a major creative pledge.

The Kubelík Trio consists of Shizuka Ishikawa (violin), Karel Fiala (cello), and Kvita Bilynska (piano). In its more than twelve-year-long existence on the concert platform, the trio´s membership has changed only once, at the violin post, which was held for the initial five years by Jan Talich Jr.

In terms of programme focus, the ensemble has laid emphasis since its inception on the presentation of Czech music. The result of this endeavour is an all-embracing repertoire ranging from the Classical period through the 20th century. The Kubelík Trio has recorded most of it on CDs. Worth noting in this respect is its world premiere complete set of Antonín Rejcha´s piano trio output. The ensemble´s other coveted area is music by Russian composers, likewise amply represented on its list of CDs. The Kubelík Trio´s interpretive style is based on the concept of equal sonic balance between the three instruments. Rather than exhibiting their soloist ambitions, the members have striven for the achievement of a compact chamber sound asserted through the precision of each player´s individual performance.