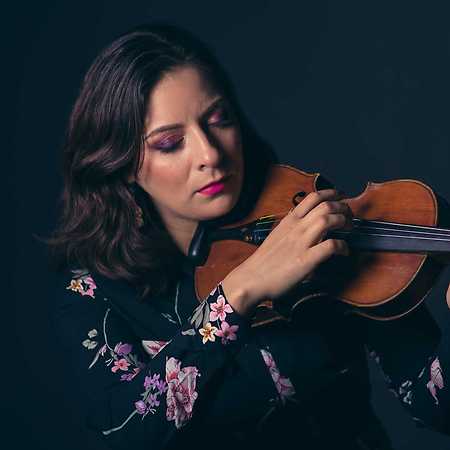 Karolina Beimcik was born in Poznań, Poland. She is trained as a classical violinist and jazz singer, drawing from many other influences, including Polish and Ukrainian folk music & poetry. In addition to her Master’s Degree in Jazz Performance which she obtained at Queens College in New York City, Beimcik also earned her MA in Cultural Studies at the prestigous Adam Mickiewicz Univeristy in Poznań, Poland.

Her awards and accolades include second prize at the New Tradition Festival with the project “Babooshki” (Warsaw, 2011), Grand Prix at The Niemen Non-Stop Festival (Slupsk, 2008), Polish Television Special Prize (2008), Marshall of Pomerania Prize (2008), second prize at The International Jazz Singers Competition (Zamosc, 2007). In 2014 she received a Polish Society of Authors and Composers scholarship. She recorded two albums: Kolędy and Szczedriwki in 2011 and Vesna in 2013. She currently resides in New York City.