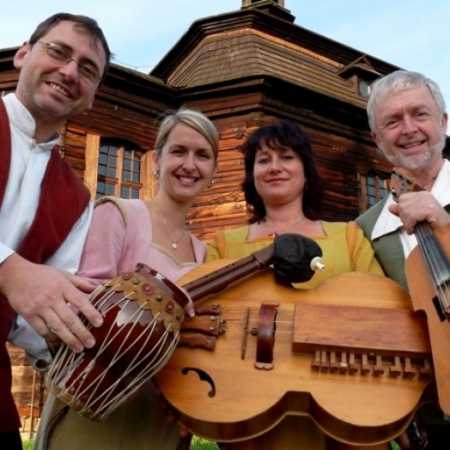 Czech folk group cantors has been in existence since 1970 and is one of the oldest continuously operating musical formations in the country. Usually plays in a quartet of singers and musicians. It focuses on the folk (or folk) songs from around the world with a tendency to Celtic folk, largely, of course, represented the Czech and Moravian folk songs. Folk songs and folk schoolmasters not only “imported” from the world of the Czech Republic, but many times their skills and vice versa already exported to foreign countries – eg Germany, Poland, Hungary, Russia, Ukraine, Greece, Malta, Spain, Portugal France, Denmark, Cuba, Cyprus, Vietnam, Switzerland, Italy … In addition to numerous live concerts, the group offered its viewers and listeners with songs by dozens of radio and recordings, television appearances and a number of music albums released.