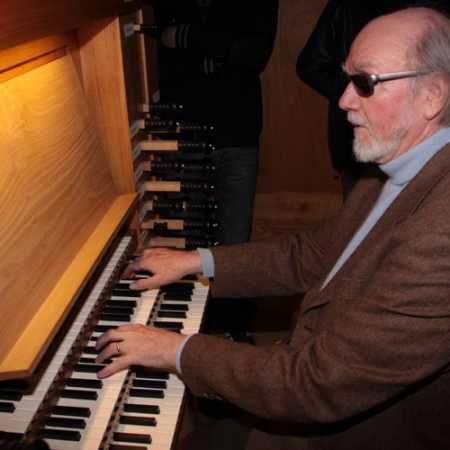 Jean-Pierre Leguay is a French organist, composer and improviser. He studied with André Marchal, Gaston Litaize, Rolande Falcinelli (organ), Simone Plé-Caussade (counterpoint), and Olivier Messiaen (composition), before serving as titular organist at Notre-Dame-des-Champs in Paris from 1961 to 1984. In 1985 he was named a titular organist at the Cathedral of Notre-Dame de Paris, alongside Olivier Latry, Yves Devernay and Philippe Lefebvre.