Born in Ivano-Frankovsk (Ukraine) in 1983, she began to play the violin at the age of 7 and finished D. Sichynsky Music College in 2002. In 2007 Mrs. Zhytynska graduated from the National Tchaikovsky Academy of Music in Kiev (Ukraine) under prof. N. Kurin and post-graduated training course under O. Dyachenko (vocal department). Her actual vocal teacher is Jolanta Żmurko. In 2006 Mrs. Zhytynska made her professional debut in the Ukrainian National Opera in Kiev as Olga in Tchaikovsky's Eugene Onegin. In December 2007 she appeared in the Wroclaw Opera as Maddalena in Rigoletto and currently is a soloist of this opera house where she performs Verdi and Mozart roles. She gained critical acclaim singing title roles in premiere productions of Saint-Saëns' Samson et Dalila and Bizet's Carmen. Mrs. Zhytynska also performs in Wrocław in Borodin's Prince Igor and Mussorgsky's Boris Godunov. 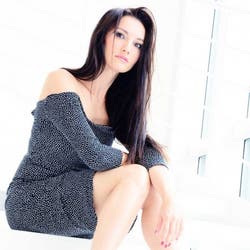 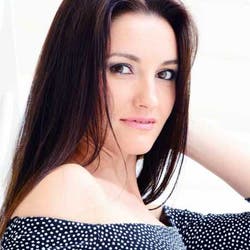 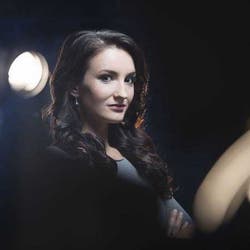 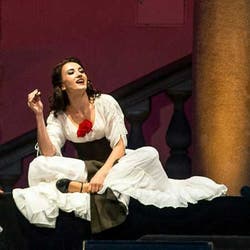