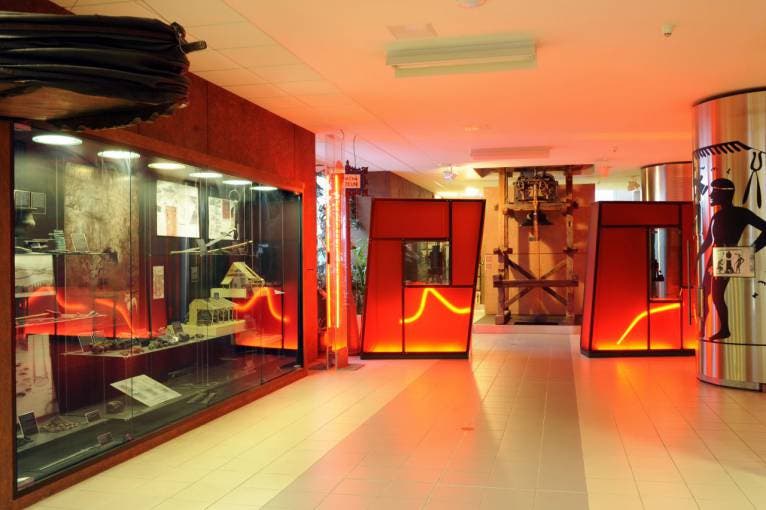 The exposition is devoted to ferrous metallurgy from the time when people began its acquaintance until the Industrial Revolution. The oldest phase of iron-production is documented by the archaeological finds and pieces found during the reconstruction of furnaces from the relics of old iron-mills. The exhibition focuses on the find of the metallurgical centre in Moravský kras from Early Middle-Ages. It is assumed to be the biggest centre of metallurgical production built by Western Slaves. Iron production in the period of Late Middle-Ages is documented through the use of model hammers and an exposition of a large furnace with several products. A new type of metallurgical technology along with a new type of furnace came to this part of Europe in the 17th century. A large charcoal furnace was able to cover the demand for iron and iron-cast until the beginning of the 19th century when coal was substituted by lignite coke. The demand for iron keeps increasing even at present but the technology hasn’t changed.