Insania, still rocking hardcore and metal to this day, has been impossible to silence since the very beginning. After several concerts and the release of the film Possessed by Insania in 1988, the band was banned by the StB of Brno for its subversive, satanistically themed sound and lyrics. Insania pulled into the underground and continued to work under the camouflage name Skimmed, under which they released the LP New Insanity, one of the first independent plaques in what was then Czechoslovakia. In 1992, founding member Poly recovered Insania under new composition with the drummer BlackDrum, and delved deeper musically into even darker waters, influenced at that time by natural mysticism and the works of J. R. R. Tolkien. Insania is a cult on the domestic hard alternative scene. During its period of operation, they won the Andel Award three times. They have also recieved a number of awards from a rock-focused Razor Survey which features the band in the "Legends Gallery". 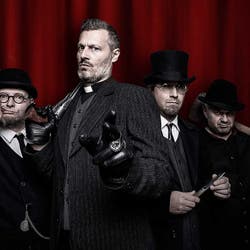 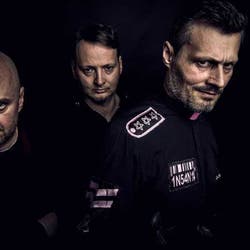