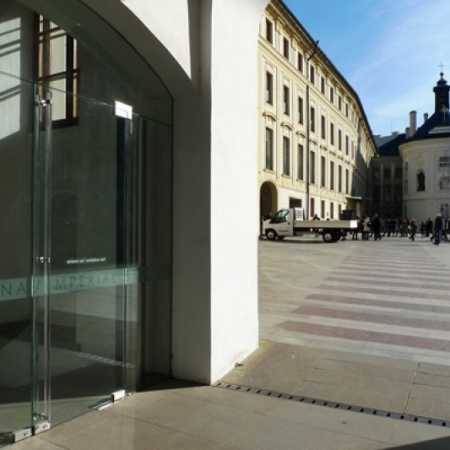 On both sides of the northern gates of the Prague Castle, there were stables during the reign of Emperor Rudolf II. in the 2nd half of the 16th century. In the 20th century stables on both sides were rebuilt into an exhibition spaces. On one side is Prague Castle Picture Gallery and on the other side is the Imperial Stables, that was reconstructed in 1993. In the Imperial Stables there are held major art exhibitions at irregular intervals.